Dragons are so much a part of our popular culture, appearing in television shows such as Games of Thrones to the movie series How to Train Your Dragon.  My generation grew up with Falcor, the sweet-assed fluffy white Luck Dragon from The Never-Ending Story.  In the Nintendo game, The Legend of Zelda: The Breath of the Wild, there are three dragons whose scales, fangs, and teeth you can collect in order to improve the quality of your armor. My wife and I grew up with Peter, Paul, and Mary’s “Puff the Magic Dragon,” which deals with a child’s toy; and of course, the phrase “chasing the dragon” is popular in certain circles. In China, Dragons are revered (there is a wealth of material you can find online about the importance of Dragons in China, and I feel ill-equipped to do the subject justice). In western culture, Dragons first appeared as giant snakes in ancient Mesopotamian Art; during the Middle Ages, the image we associate with Dragons in the contemporary Western World came to the fore: large, scaly creatures with four legs that can breathe fire. One of the most popular stories of a Dragon to emerge in the Middle Ages is the legend of Saint George and the Dragon, in which a man rescues a young woman from human sacrifice. Other popular depictions include the Western myth of the dragon that collects gold and sits on it somewhere deep in a mountain (made popular in the 20th Century in Tolkein’s The Hobbit).  Those who enter the cave can slay the dragon and claim the gold.  In short, in China, the Dragon is revered. In Western/European traditions, the Dragon is something to be slain.

Of his play about dragons, John Patrick Bray writes:

“My daughter and her best friend are obsessed with Dragon. For her sixth birthday, my wife made my daughter a Dragon’s egg (Styrofoam completely covered with book-binding brads) which she gave to her the night before; the next morning, she replaced the egg with a Build-a-Bear Toothless plushy. My daughter and her best friend have watched the How to Train Your Dragon movies repeatedly.  It’s a very popular series in our house.

“In short, when I think dragons, I think of S.

This play is not about S, per se; she was the starting point. I have no idea what her high school years will bring and if dragons will still be part of her world. But that’s where I started the play, blending what I know about her at age 6 with what I experienced in High School many moons ago, when the entire world felt like a Dragon that could not possibly be slayed nor appeased… “ 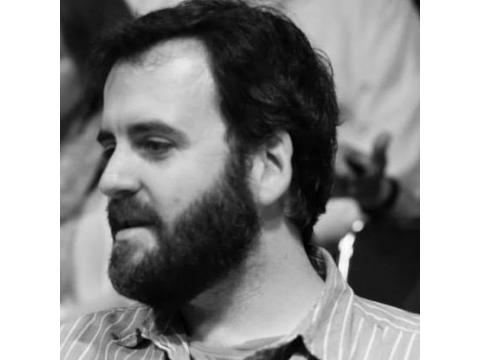 John P. Bray is a playwright, teacher, scholar, anthology editor, and, in a past life, was an award-winning bagel baker. He has an MFA in Playwriting from The Actors Studio Drama School/The New School and PhD in Theatre from LSU.