Though legends of little men with magical secrets and hidden treasure can be found throughout the world, dwarves as we know them today are very overtly drawn from British authors and their interpretations of the Norse Eddas. Early Norse mythology says very little on dwarves’ appearance, though they do possess the renowned love of metalsmithing, as well as the earthier appetites commonly associated with such characters. Later mythology would come to describe them as “small,” and many writers (most notably CS Lewis and especially Lloyd Alexander) would connect them with traditional European fairy folk. But it is JRR Tolkien’s warrior dwarves who endure most strongly today (thanks in no small part to Dungeons & Dragons): loud and proud, bellicose and ebullient, ready to clap you on the back one minute and punch you in the face the next.

This bowdlerization of violence is common in epic tales, of course. More partial to modern-era dwarves, and perhaps more interesting, is their love of gold and the unique attention this receives from writers. This is often depicted as a biological imperative (and more troubling still, Tolkien himself characterizes it as a sort of blood curse is his own mythology), though it is worth noting that, unlike dragons for example, a dwarf’s treasure is usually the result of his own labor. Even Disney’s dwarfs (supposedly despised by Lewis and Tolkien) labored in the mines for their wealth. These two elemental attributes, war and wealth, define the modern mythical dwarf as much as their stature or humor.

Of his play about dwarves, Jared McDaris writes:

“Though mythical dwarves are historically connected to fairy magic and epic legend, modern iterations tend to be earthier in nature. Strong, loud, simple of speech, and above all creatures of labor, a dwarf is frequently coded as working-class in his personality and ideals (and it is, almost always, a he). Connecting this character archetype with war and wealth is something that cries out for further exploration.

Working-class coding can be seen in virtually every aspect of modern mythical dwarves and their relationships with other peoples. They rely on folk-wisdom and ‘common sense’ more than their educated and clear-headed peers, they make impulsive snap decisions without thinking ahead, their sense of humor is invariably cruder, and they above all seek to be the first in the fray. These attributes are all typified in the cinematic version of Tolkien’s Gimli from The Lord of the Rings, and have been echoed ever since.

In reality, of course, the working class does not fight epic battles alongside their ‘educated and clear-headed peers.’ They labor to produce value for others. When fighting and dying are called for, their supposed peers are nowhere to be seen. The dwarfish obsession with gold has been greatly diminished in the last few decades (a wise response to those who link these archetypes to real-world stereotypes), and the dwarf largely relegated to the role of sidekick. This transformation to a working-class warrior takes on an almost meta form, as both dwarves and Tolkien fans alike can look back on a “better time,” when dwarves slew dragons, told riddles, and ruled stone cities with pride and power.”

DWARVES by Jared McDaris
Directed by Claire Ganem
Staged Reading on November 17, 2021 at the EXIT Theatre 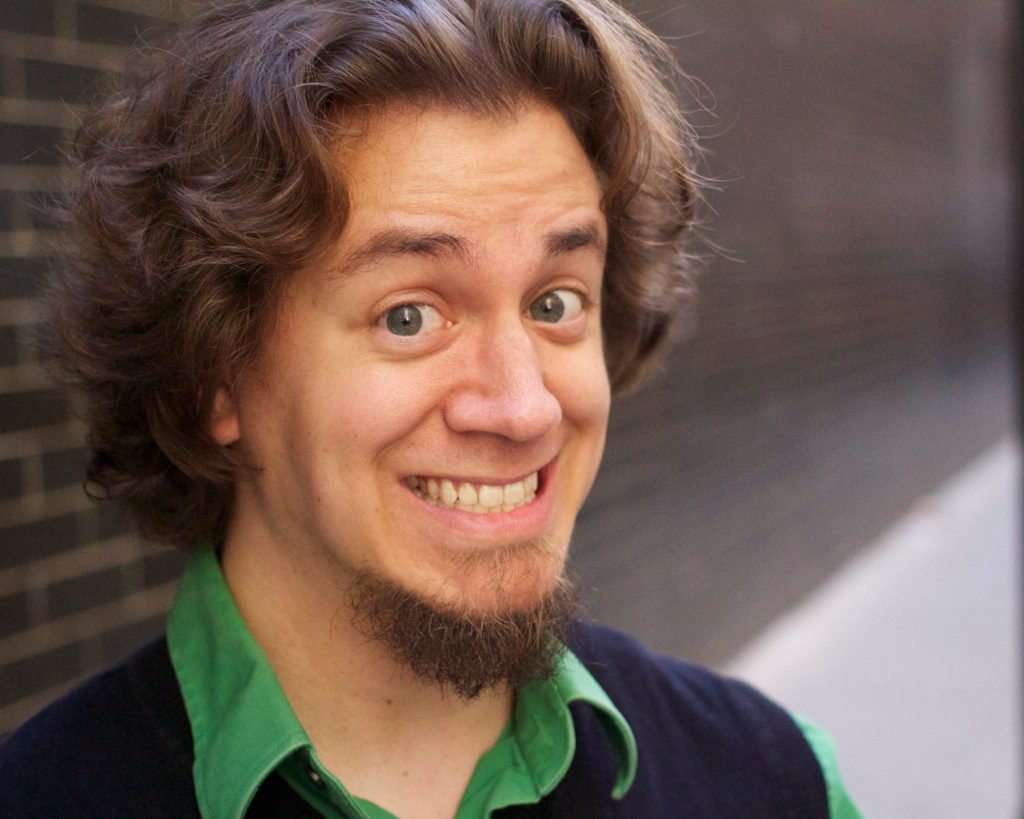 Jared McDaris was the artistic director of the Unrehearsed Shakespeare Company for just over ten years, staging fifty-one shows in the Chicagoland area. He began writing Elizabethan-style verse plays back in 2012: A Thousand Times Goodnight, The Wayward Women, Countess Bathory, The Passion of Boudicca, and The Wayward War have all been staged in Chicago and/or Milwaukee. The Pall of Medusa and King Saul parts 1 & 2 have received staged readings as well. His prose play Five Robots Working That Hustle was staged twice in 2018, and his A Steampunk Christmas Carol was even performed in New Zealand! Most of Jared’s plays are about the inherent violence of both concentrated wealth and societies built on competition. But, ya know, fun! Jared holds an MFA in theater from Western Illinois University, which he sometimes uses to wipe up stains during his day job as an office assistant.