Faust is a depressed scholar who, after attempting to take his own life, makes a deal with the Devil. He is granted magic and worldly knowledge but at a terrible price: his everliving soul! This widely adapted folk tale asks a simple yet profound question: what is your soul worth?

About their take on the Faus legend, playwrights Nick Trengove and Dekyi Ronge write, “Time: the futuristic past. Place: a television broadcast set AND an old-timey village. Faust is a 30-something-year-old washed up academic. He can pontificate like no other and he’s made all the right choices, but he longs for the messy bit in the middle that he seemed to skip over. Through a chain of targeted ads, auto-purchases, and late-night masturbation, he wakes to find he made a deal with the Devil. This wild, sumptuous ride takes us to the limits of pure temptation. Snap into it and enjoy. “

FAUST by Nick Trengove and Dekyi Ronge
Directed by Jeunee Simon
Staged Reading on November 20, 2021 at the EXIT Theatre 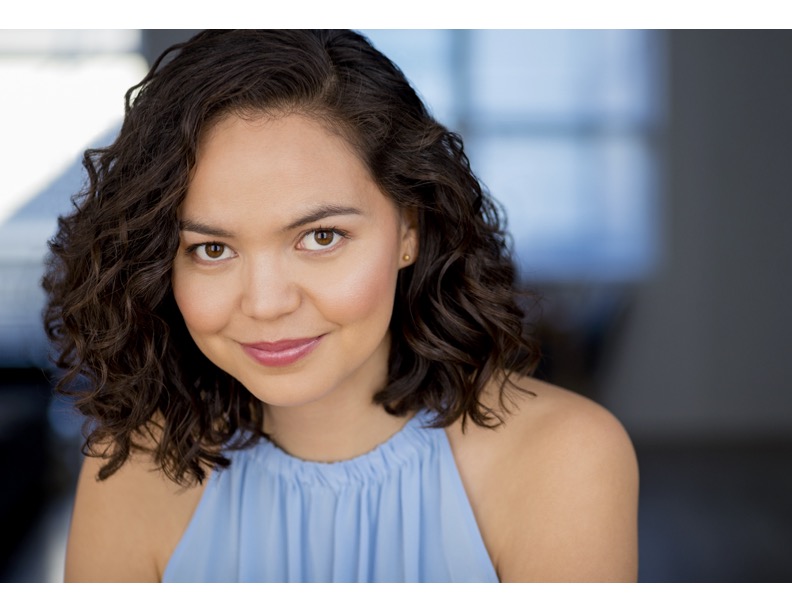 Dekyi Rongé – of Tibetan and American parentage, hails from California where she performed from the Bay to L.A. with theatre companies including: Pacific Repertory, San Francisco Shakes, Kingsmen Shakespeare, and A Noise Within. Dekyi received her MFA in Acting from The Theatre School at DePaul University where she performed in Swimmers, Mrs Phu’s Cleansing Juices, Richard III, The House Bernarda Alba, and Romeo and Juliet. She recently appeared in two national tours with Griffin Theatre Company in The Stinky Cheeseman and In to America. She is represented by Gray Talent Group 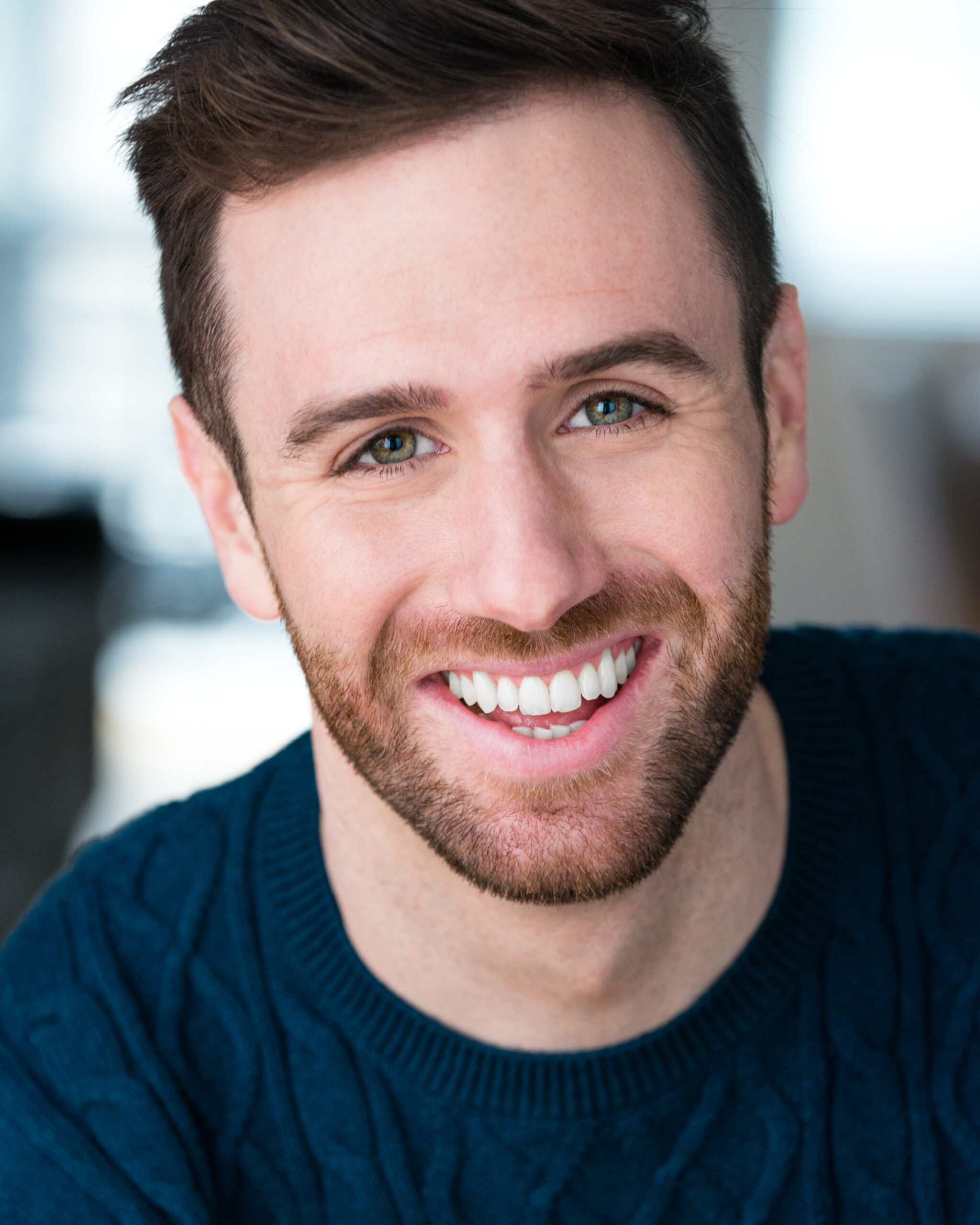 Nick Trengove is an actor and director based in the SF Bay Area. From 2006 – 2015 he lived, studied, and worked in the Bay Area, performing in a multitude of productions, workshops, and new works. Between 2015 and 2019, he relocated to Chicago, earned his MFA in Acting from The Theatre School at DePaul University, and worked in the vibrant storefront theater scene. In 2019, he returned to the Bay Area, where his most recent Bay Area credits include Never the Sinner (Black Ice Theatre Co.) and How to Transcend a Happy Marriage (Custom Made Theatre Co.). He is currently directing the Anarchy Quartet by Stuart Eugene Bousel, a four-part monologue series that explores and imagines the lives of the English royalty at the heart of the Anarchy in medieval England.

Originally, Faust was supposed to be a project written by Valmina May.

Faust is a tragic figure from Christian German folklore who became the subject of popular books and plays, which is a big reason his stories survived to this day. The most well-known plays about him in the anglophone world are probably Christopher Marlowe’s The Tragical History of the Life and Death of Doctor Faustus, and Johann Wolfgang von Goethe’s more simply-named Faust. He did exist as a real person at one point in the 15th or 16th century. Most people know of Faust through the phrase “faustian bargain”. Entering into such a contract offers a shortcut with immense consequences. Supposedly, Faust was a scholar who sold his soul to Lucifer in exchange for knowledge, power, and wealth. When the contract expired, Faust died in a horrible manner and was condemned to hell for eternity.

Because of the legends that grew around him, it’s been very difficult to pin down exactly when the historical Faust lived as well as other details about his life. There are conflicting records regarding two separate people who went by the surname of Faust and were both practicing magic arts as they traveled around Germany. That being said, what is known about Faust is that he was a person with a wide range of scholarly knowledge in topics including philosophy, astrology, astronomy, alchemy, and medicine, and he could also perform magic tricks.

Whichever historical version of Faust we look at, it’s clear that he was hated by the church. There are 15th century records of him being excommunicated, and there is also a 16th century account of his death, supposedly by an alchemical experiment gone wrong. The church’s official statement was that he was torn apart by the devils he served, a sentiment that made its way into Marlowe’s famous play.

Out of the Faust legend, we also get the devil or demon Mephistopheles, sometimes known as Mephisto. In the various tales, it is said that Mephistopheles only manifests himself to people who are already down the path to damnation. In Marlowe’s play, he and Faust develop a rather intimate relationship, as they spend 24 years together in accordance with the contract Faust signs with Lucifer. It is Mephistopheles, rather than Lucifer, to whom Faust appeals when his time is up, although Mephistopheles ignores and perhaps delights in Faust’s cries for help. Conversely in Goethe’s two-part play, Faust enlists Mephistopheles’ aid to seduce a woman he’s fallen in love with in Part One. This action ultimately leads to her death as well as the deaths of her mother and child. In Part Two, angels trick Mephistopheles at the end of Faust’s life and carry Faust’s soul off to heaven rather than hell. Whether redeemed or damned in the end, the story of Faust is one that seeks to question human and divine morals and remains popular to this day.

Valmina May’s version of Faust for this year’s Olympians Festival explores aspects of both Marlowe and Goethe’s plays, but is ultimately a dark romantic comedy set in modern times, in which Faust summons Mephistopheles in order to impress a goth barista. Will there be dire consequences? Heaven only knows. 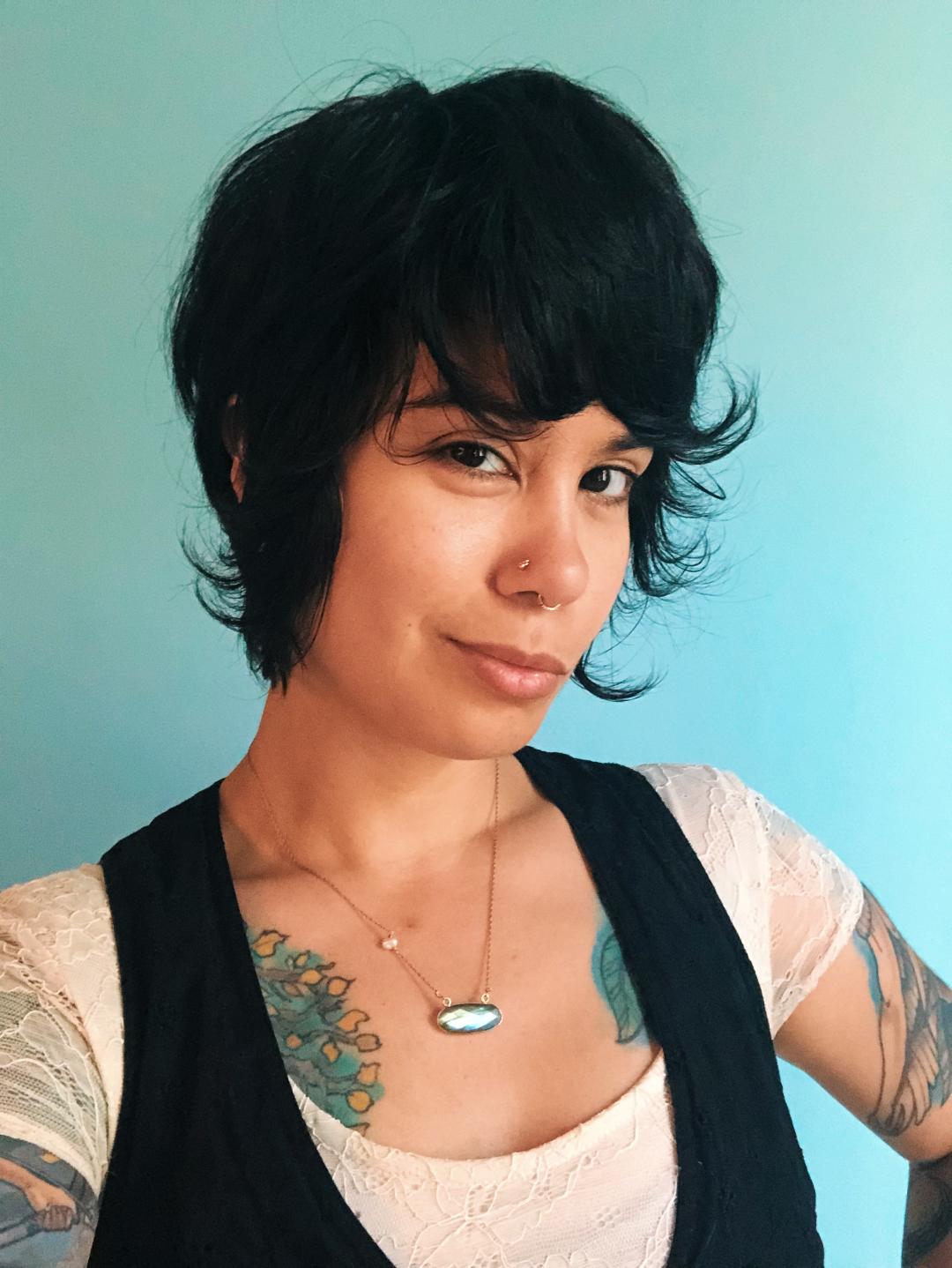 Kristina May is a second generation filipinx-american writer, director, and actor. They live in Oakland with their husband, cat, dog, and three redwood trees. Kristina is very pleased to be a returning writer with the festival this year and is excited to explore the life and death of Faust for their first full-length play.

Kristina is a regular ensemble member of Oakland Classical Theatre Company (OCTCo) and will serve as director for this year’s spring production of Romeo & Juliet. In 2019 they co- directed Marlowe’s Doctor Faustus with Will Shattuc, which was a huge source of inspiration for this year’s Olympians Festival. For last year’s festival, they wrote a short about the Welsh mythological figure Rhiannon. Other recent writing credits include sketch comedy for Walnut Productions and the short film Grief.