Hans Christian Anderson’s “The Snow Queen” follows Gerda’s quest to bring home Kai, her lifelong friend. Kai skipped town after getting a speck of glass in his eye that made him see only the ugly in everyone, except the new object of his affection, The Snow Queen. They shack up, and he forgets all about Gerda.

On Gerda’s epic journey, she attracts diverse and valuable allies, including talking flowers and generous royals, who gift her a fur muff and a golden carriage. But flashy gifts attract thieves, and Gerda gets mixed up with The Robber Girl. Luckily, The Robber Girl keeps pigeons, and the pigeons have seen Kai. On their tip, Gerda chases him down at The Snow Queen’s palace.

Enthroned on an icy lake at the center of her great hall, The Snow Queen keeps Kai almost frozen to death at her feet. She steps out to run an errand and leaves Kai alone just long enough for Gerda to find him and weep tears that clear his eyes and warm his heart. They return home together.

Kristy Lin Billuni’s pair of shorts upsets the notion that a bewitching hero like Gerda and a powerful sorceress like The Snow Queen would desire Kai’s company at all. Set in a pigeon-ruled parking lot and a bio-tech glass tower, the two plays isolate the inevitable moments of enormous temptation for both women to abandon their man. On her way to pick up her husband’s antidepressants, a hardworking florist gets tied up in a drug store robbery in “Gertie & Ro.” In “Snowquentrin.” a pharmaceutical corporate warrior won’t let a few ugly side effects keep her new wonder drug from going to market.

THE SNOW QUEEN/GERDA by Kristy Lin Billuni
Staged Reading on November 12, 2020 at the EXIT Stage Left 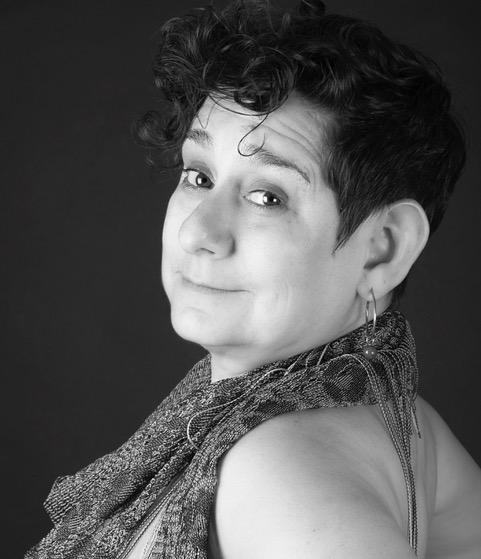 With roots in sex work, queer activism, and sex ed, Kristy Lin Billuni has published fiction and essays in several anthologies and journals, most recently, Sinister Wisdom. Her plays have appeared at Strut, an HIV clinic in the Castro; The Eagle, a leather bar in Chelsea; and on two of San Francisco’s finest cabaret stages, The Brava and Piano Fight. She has earned her living for almost twenty years as the Sexy Grammarian, teacher of bold, free, turned-on writers. She lives with her heroic wife in San Francisco.