Robin Hood is a prominent figure in Renaissance English folklore, and though his story is usually set in the High Middle Ages, during the reign of Richard the Lionheart, there is both some obscure historical precedent for his legend and a link to older Celtic and Anglo-Saxon traditions and nature gods, with Herne the Hunter, a mythical forester with a stag’s head, as the most obvious forerunner. While the exact details of his story change from teller to telling, he is usually thought of as an aristocrat who loses his home and estate either while fighting the Crusades or because of the machinations of his arch nemesis, the Sheriff of Nottingham. For many years, he lives as a bandit in the vast forest of Sherwood, in northern England, plaguing the Sheriff with various pranks and robbing from the supporters of Prince John, the Sheriff’s patron, who is attempting to usurp the throne of his older brother, Richard. Because Robin Hood’s targets are all technically traitors to the crown, he becomes known as the protector of the “true English”, and like King Arthur before him, his folk hero status is cherished by the people of the region to this day, with many stories having sprung up around him, the members of his band (most notably the valiant strongman, Little John, fellow exiled aristocrat Will Scarlet, and the drunkard clergyman, Friar Tuck), and the object of his affection, the noble and kind Maid Marian. His reputation for “robbing the rich to give to the poor” also makes him a proto-class warrior, while the rich love poetry surrounding his courtship of Marian stems from an earlier tradition of his folksongs dedicated to the marriage of Robin Redbreast and Jenny Wren.

An amusing pastoral, GREENWOOD, by Stuart Eugene Bousel, is a hat trick of a play, a point for point reimagining of Shakespeare’s A MIDSUMMER NIGHT’S DREAM, but with Robin, Marian, and Little John as the fairies, the rest of the band as the mechanicals, and the royal court of Prince John as Theseus and the lovers. It’s also a throwback to mid-20th century retellings of the Robin Hood legend as an innocent adventure romance vs. the more grittier adaptations of recent memory, with sword fights and love poetry at the center of the tale while still preserving the inherent class battle and pagan roots that make all Robin Hood stories English to the core. 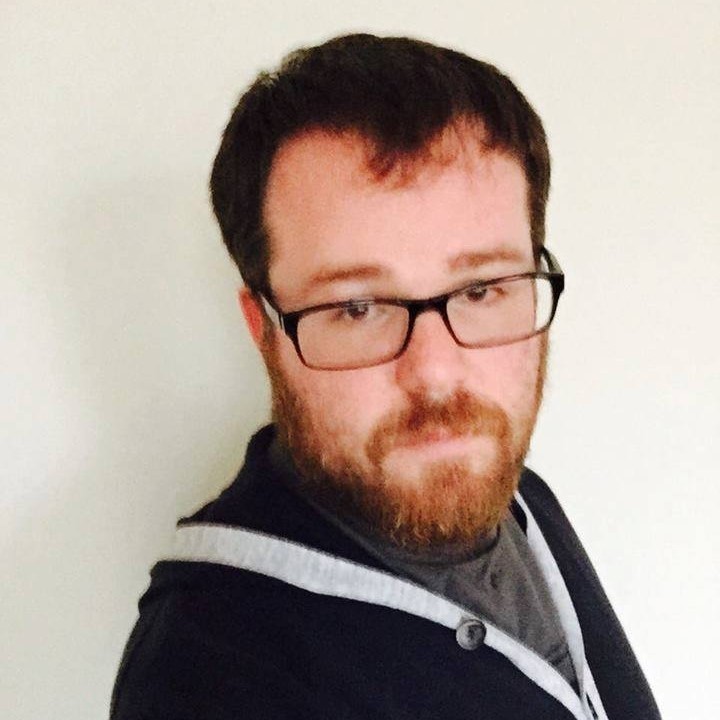 Stuart Bousel is the Artistic Director of San Francisco indy theater company, No Nude Men Productions, the Executive Producer (and founder) of the San Francisco Olympians Festival (declared by the Guardian to be “Theater Festival Most Likely to Win A Gold Medal” in 2013), and the Hospitality Coordinator for the San Francisco Fringe Festival/EXIT Theatre. He was the Director of New Work Development for Custom Made Theatre Company, the Executive Director (and co- founder) of the San Francisco Theater Pub (winner of the Guardianʼs “Best of Bay” in 2011), and the Publicist for DIVAfest. He once served as the chair of the Individual Services Committee for TBA. He has directed a number of plays for Custom Made, including M. Butterfly, The Merchant of Venice, Prelude to a Kiss, The Crucible, Grey Gardens, Six Degrees of Separation, The House of Yes, The Lion in Winter and Passion. Other directing credits include Edward II, Phaedra, Loveʼs Labors Lost, Hamlet, and The Desk Set all with No Nude Men, Measure For Measure, Dick 3, and Taming of the Shrew with SF Theater Pub, the world premiere of Morgan Ludlowʼs Ruth and The Sea with Wily West Productions, A Midsummer Nightʼs Dream, Twelfth Night, and The Frogs for Atmostheatre/ Theatre In the Woods, To Bard or Not To Bard and Bag of Dickens at Killing My Lobster, The Laramie Project at Left Coast Theatre Company and Never the Sinnerat Black Ice Theatre Company. As a resident artist at the EXIT Theatre he has directed Paradise Street, Congresswomen, and Exit The King, as well as co-writingVampire Christmas with Allison Page. He directed the world premieres of Nirmala Natarajʼs The Monk and The Book of Genesis: Re-mixed and Remastered, as well as Susan Sobeloff ʼs Merchants and Allison Lutermanʼs Oasis, all for No Nude Men. As a playwright, his work has been produced in New York, Dublin, Portland, Tucson, Melbourne, Seattle, Chicago, and San Francisco. His play Vincent of Gilagmesh was a nominee for the 2001 MAC Award; his play Matthew 33U6 was a finalist for the Sky Cooper Award in 2007; and his play Wild Blue Peaks was a finalist at HUMANA in 2002. He co-wrote the John C. Cosgrove Award winning short film Insomnia in 2000, and his play Everybody Here Says Hello! (produced by Wily West Productions) received the Theatre Bay Area Award for Outstanding World Premiere in 2014, and was nominated for Best Original Script by the Bay Area Critics Circle in 2015. He has three times had work featured in the Bay One Acts Festival: Housebroken in 2010, Speak Roughly in 2011, and Brainkill in 2012. He adapted the novel Giant Bones, by Peter S. Beagle, in 2010, and the memoirRat Girl, by Kristin Hersh, in 2014 (also nominated for Outstanding World Premiere, TBA Awards). His play Pastorella was nominated for the 2015 Theatre Bay Area Award for Outstanding World Premiere and additional works, Adventures in Tech (With Pillow Talk On The Side) and Twins received premiere productions at PianoFight, in addition to Gone Dark at Otherworld Theatre Company. He is the recipient of the SF Weeklyʼs “Ringmaster Award” in Best of the Bay 2013, and his other work includes penning the online short film Wish U Were Here for Hosteling International, the novel Dry Country, the libretto of the short opera Devilʼs Deal for Opera Theatre Unlimited, and co-editing two collections of new work by Bay Area playwrights, Songs of Hestia (2012), and Heavenly Bodies (2014), both published by EXIT Press, each including a full-length play by him: Juno En Victoria andHyperion To A Satyr, respectively. With Megan Cohen he co-founded the monthly Bay Area writer/actor meet up Saturday Write Fever. His Bay Area acting credits including the Actor’s Theatre of San Francisco (Jacob Marley’s Christmas Carol), The EXIT Theatre (Confessions of a Catholic Child), The Bay One Acts Festival (Future of the Female) and The Custom Made Theatre Company (Chess). More information about his work can be found at www.stuartbousel.com.