The Fox Maiden is a mythical figure who appears in many Asian and Indigenous folktales, believed to have originated in China. In the Japanese version, the tale begins with a man baffled by the sudden arrival of a beautiful female housekeeper who happily — and willingly — takes over all domestic duties. Though the housekeeper appears to to be a woman, it’s soon discovered by the man that she’s actually a fox who takes off her skin and fur each night so to appear human for him in the morning. The man, preferring her human form, decides to hide her fox skin and fur, thus preventing her from returning to her fox self. She promises to forget about her fox self if he promises never to abuse, humiliate, or reject her. He agrees and they are married. Their marriage appears to be pleasant and to last a long time. That is, until one day when the wife begins searching for her fox skin and fur — and finds it. When she puts it back on, she returns to her animal self. She hopes that the man will understand this part of her, but he is disgusted and, most notably, complains about her “musty, animal smell”. The rejection causes her much grief and she eventually leaves.

My version of THE FOX MAIDEN is a sweet little tale about love, isolation, intergenerational trauma, and what it means to rediscover a part of one’s self that was once thought to be lost forever.

When thinking about my approach to this piece, I immediately recognized a deep connection between the fox maiden’s themes of self-denial/lost self and my own struggles as a queer hapa artist and mother. There have been so many times throughout my life when I have been the fox maiden: an expert at taking off and putting away my true self with the hope that sincere, conscious denial would somehow magically transform me into a beautiful human worthy of love, acceptance, and happiness in the eyes of those capable only of conditional love, and impossible prejudice and judgment.

For this short and sweet piece, I am attempting to use threads of the fox maiden tale to weave connections between contemporary motherhood, the Japanese American history of assimilation, and the universal story of the search for authentic self. To do so, I replaced the traditional male character with a present-day hapa woman struggling with the challenges of early postpartum. She welcomes the mysterious arrival of a beautiful female housekeeper who appears in the form of a twenty-something Japanese American foxtrot aficionado incarcerated during WWII. Together they manage to connect across time and space to create a precious few moments of domestic bliss while individually searching for their lost selves. 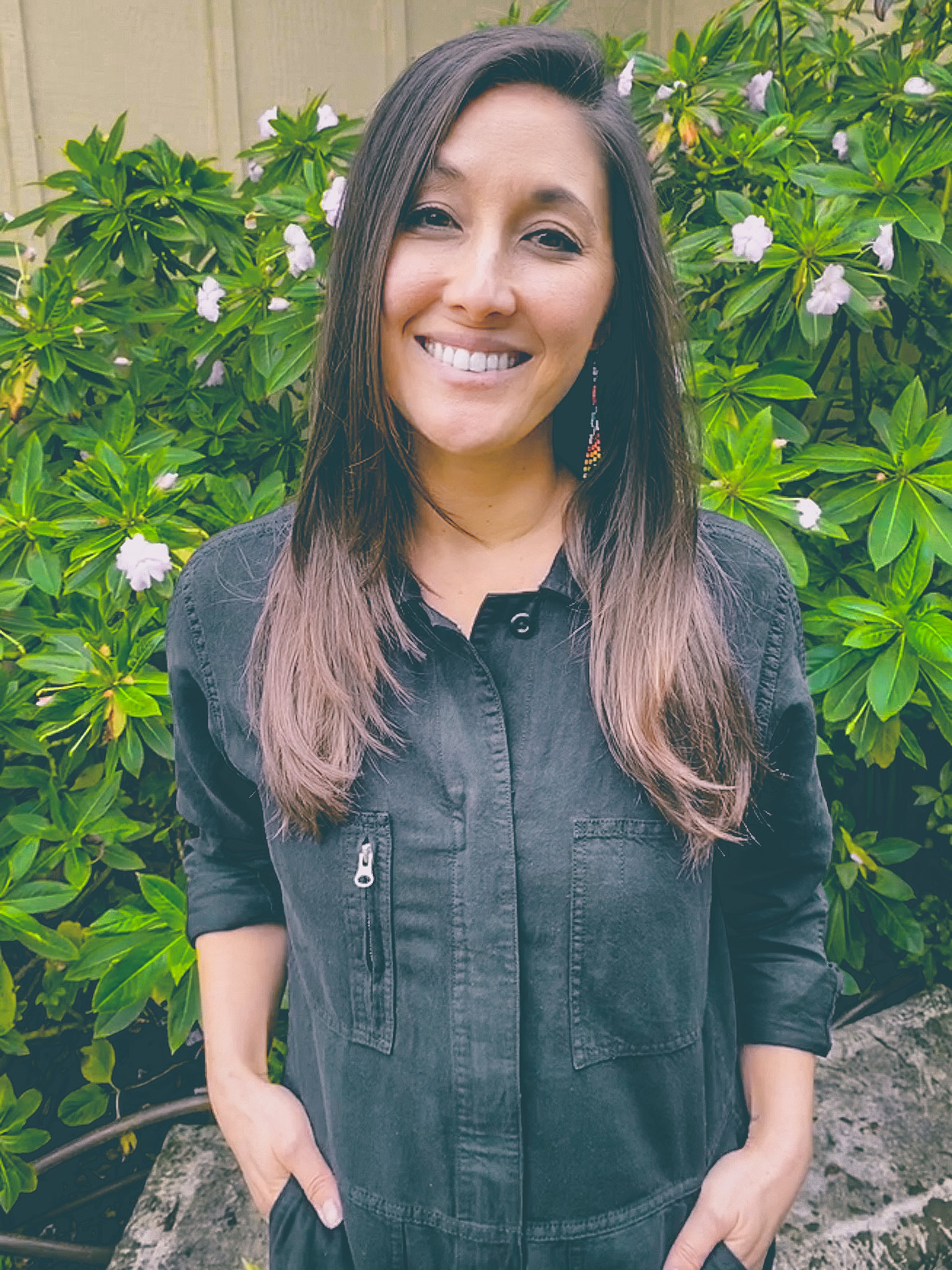 Kendra Arimoto is a writer, performer, and mother on a mission to tell powerful stories thematically focused on Japanese American ancestral memory, intergenerational trauma, and the queer-woman-of-color experience. Her storytelling experience spans 35+ theatrical productions and multiple stages, including Stuart Bousel’s indie powerhouse No Nude Men and all of her favorite fringe festivals. She is a collaborator at Door Flies Open, an LA-based creative collective for underrepresented voices, led by creative producer Alexis Boozer Sterling. Current projects include “Starshine and Clay”(selected by Francis Ford Coppola as the grand-prize winner of the American Zoetrope Screenplay Competition); “Pachuke” (member of the Film Independent Fiscal Sponsorship program; Finalist, Screencraft Film Fund); and “How To Unfold” (a documentary based on her own personal journey to understand the depth of her family’s loss as a result of their WWII incarceration). Before becoming a full-time writer/parent, she graduated from Stanford University (B.A., Drama ’05; Louis B. Sudler Prize for excellence in the performing arts; Sherifa Omade Edoga Prize for creative work involving social issues) and Smith College (M.F.A., Playwriting ’11; 2x winner of the James Baldwin Fund Prize for multi-cultural playwriting); as well as led recruiting and diversity initiatives at Google, YouTube, and Facebook.