The Yeti lives atop a mountain range no mortal should dare to climb….breathes air no person should find sufficient…endures cold too frigid for those below. By all accounts, no one should be able to see any signs that a Yeti exists. But yet, they do.

Indigenous Tibetans and international explorers all tell tale of the Yeti, but not without great price. Legend holds that anyone who sees one dies or is killed, but there are no recorded sightings or deaths. All we have are clues- the stories of a shape in the distance, the footprints too long, the hairy scalps left behind.

Some take this as proof of the Yeti’s non-existence, but hear me out. You live in an isolated area. Some people climb to look for you, but have other priorities at the top of the tallest mountain in the world (breathing, staying warm, taking a killer selfie). Would it behoove you to kill them, even though they’re about your size? Or to tantalize them with clues, to let your legend grow? Give them whispers of your power, but stay close to the chest in isolation.

Of his play about the Yeti, Weston Scott writes: “This is my vision of the Yeti. A creature who thrives in solitude, but also loves the chess match against those below. The Yeti gives clues to their existence, but nothing conclusive enough to scour the mountain. He is always one footprint ahead…or so he thinks.

“A Yeti stuck in a Sleepless in Seattle situation with the human race? My friends, you know it’s got to be a musical. When humankind finally devises a way to get the Yeti to come down from his mountain, he has to make the fateful choice- do I leave my home to descend into the Great Unknown?”

YETI by Weston Scott
Staged Reading on November 19, 2020 at The EXIT Theatre 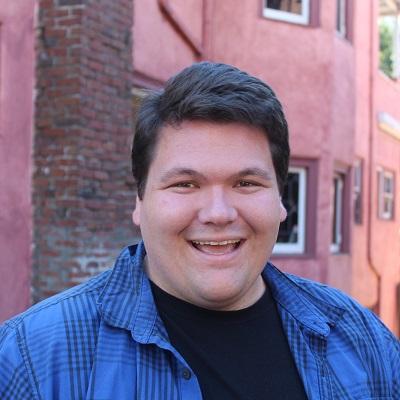 Weston Scott is a Berkeley-based director and playwright best known as the lyricist for Tinderella: the modern musical. After graduating from UC Berkeley, he completed a Directing Internship at PCPA and the Musical Theater Writing Core Curriculum at NMI. Weston was named one of the first Resident Teaching Artists at the Berkeley Playhouse, where he regularly directs TeenStage productions and manages the after-school RIFFS program. He also wrote a two-man musical with his best friend Adam Niemann called JFK ’n Me, which ran monthly at PianoFight for two years. Weston is a proud Associate Artist of FaultLine Theater, where last year he directed Caveman Play. He is also a recently proclaimed fat activist (although he has been fat for much longer) and looks forward to creating works that are radically inclusive of diverse bodies both on and off the stage. His new musical about President William Howard Taft (the bathtub one) has received a CA$H Grant from Theater Bay Area.